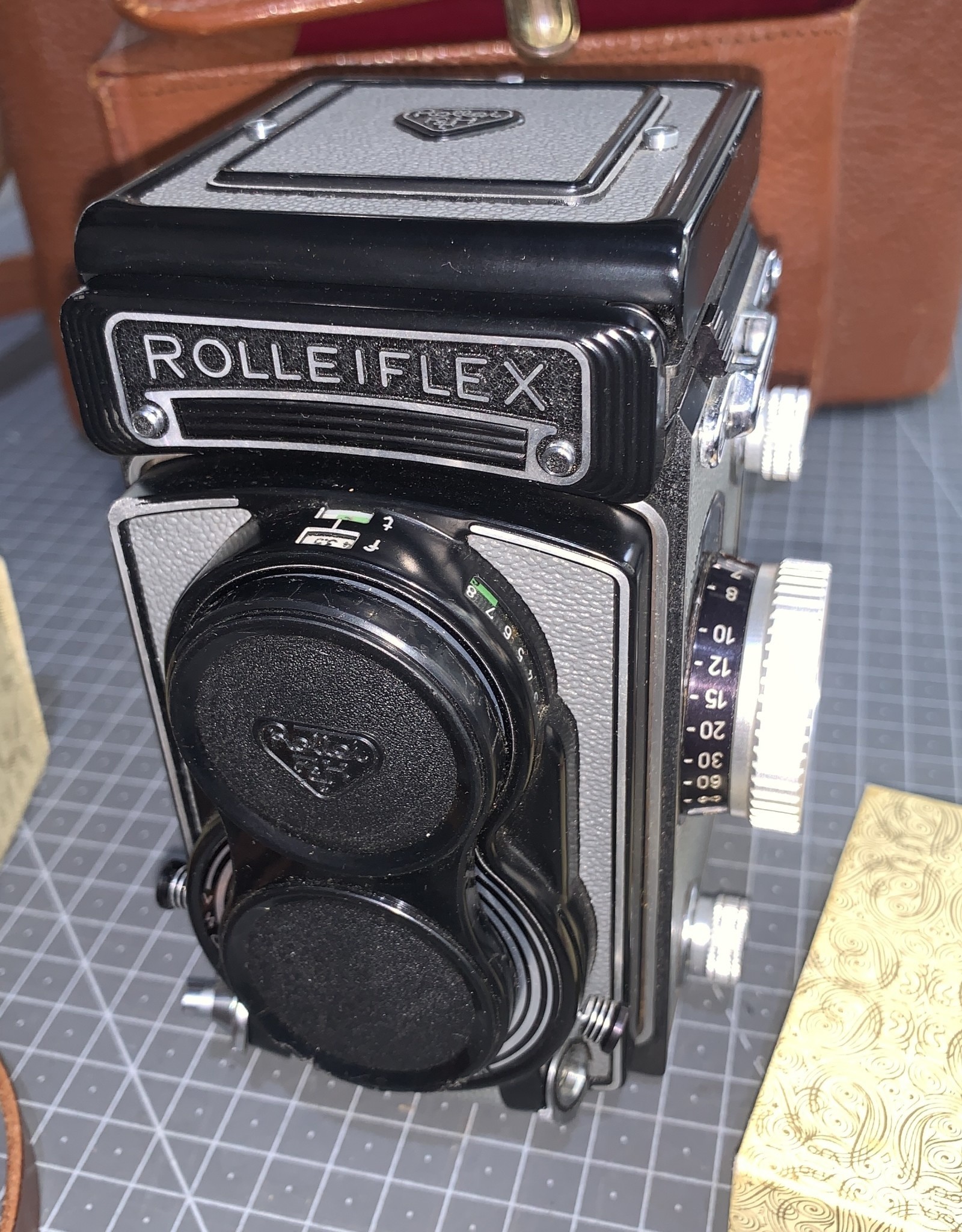 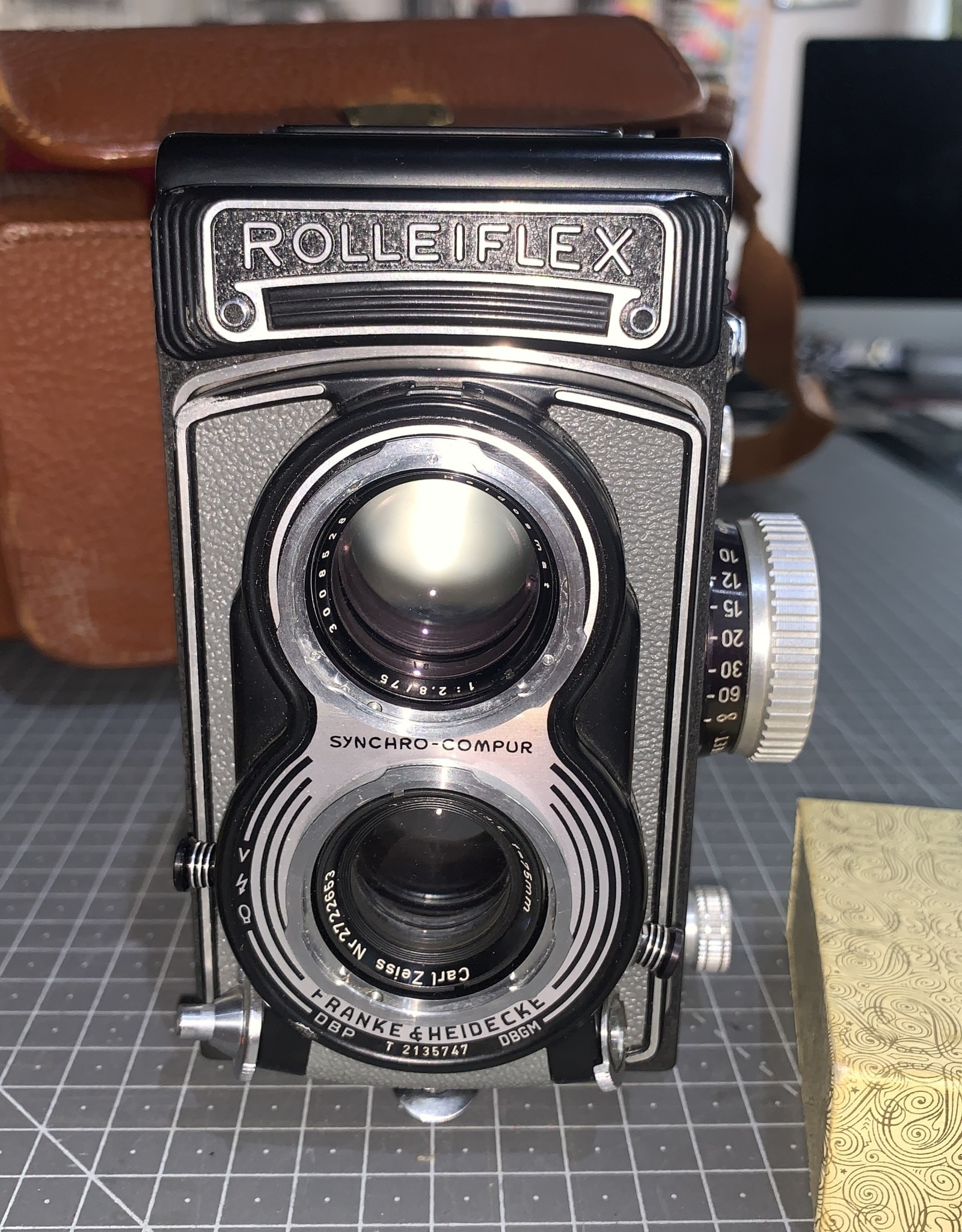 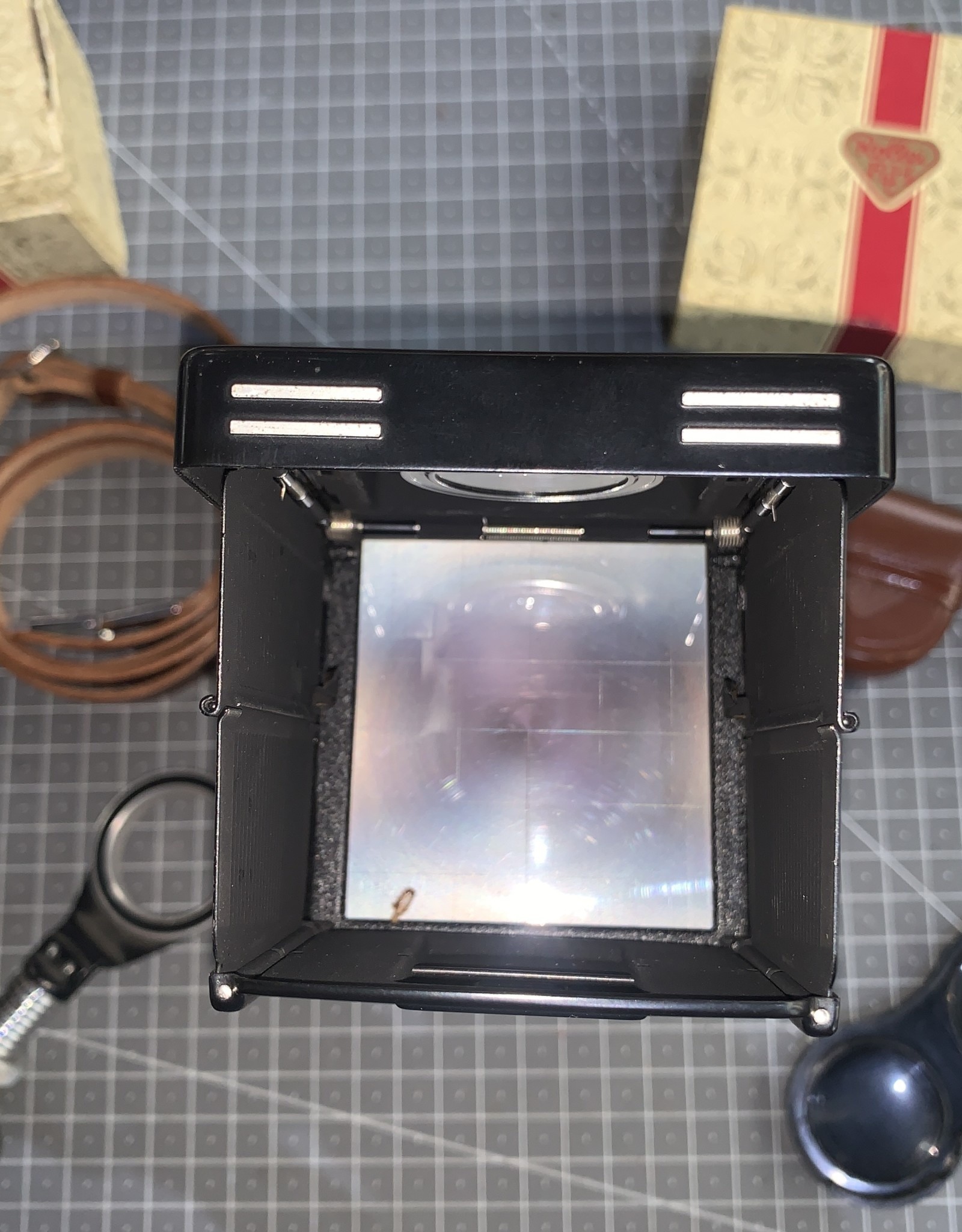 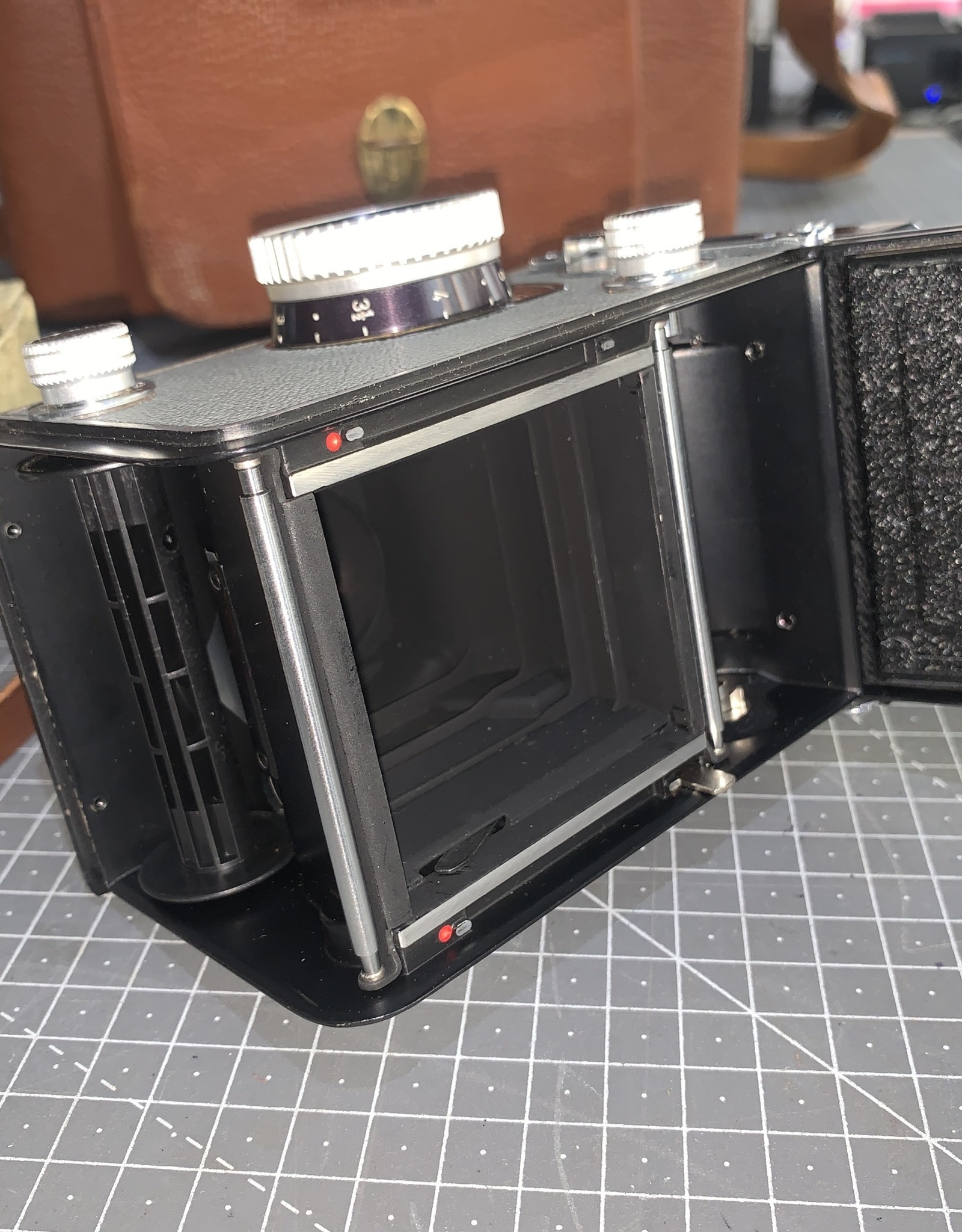 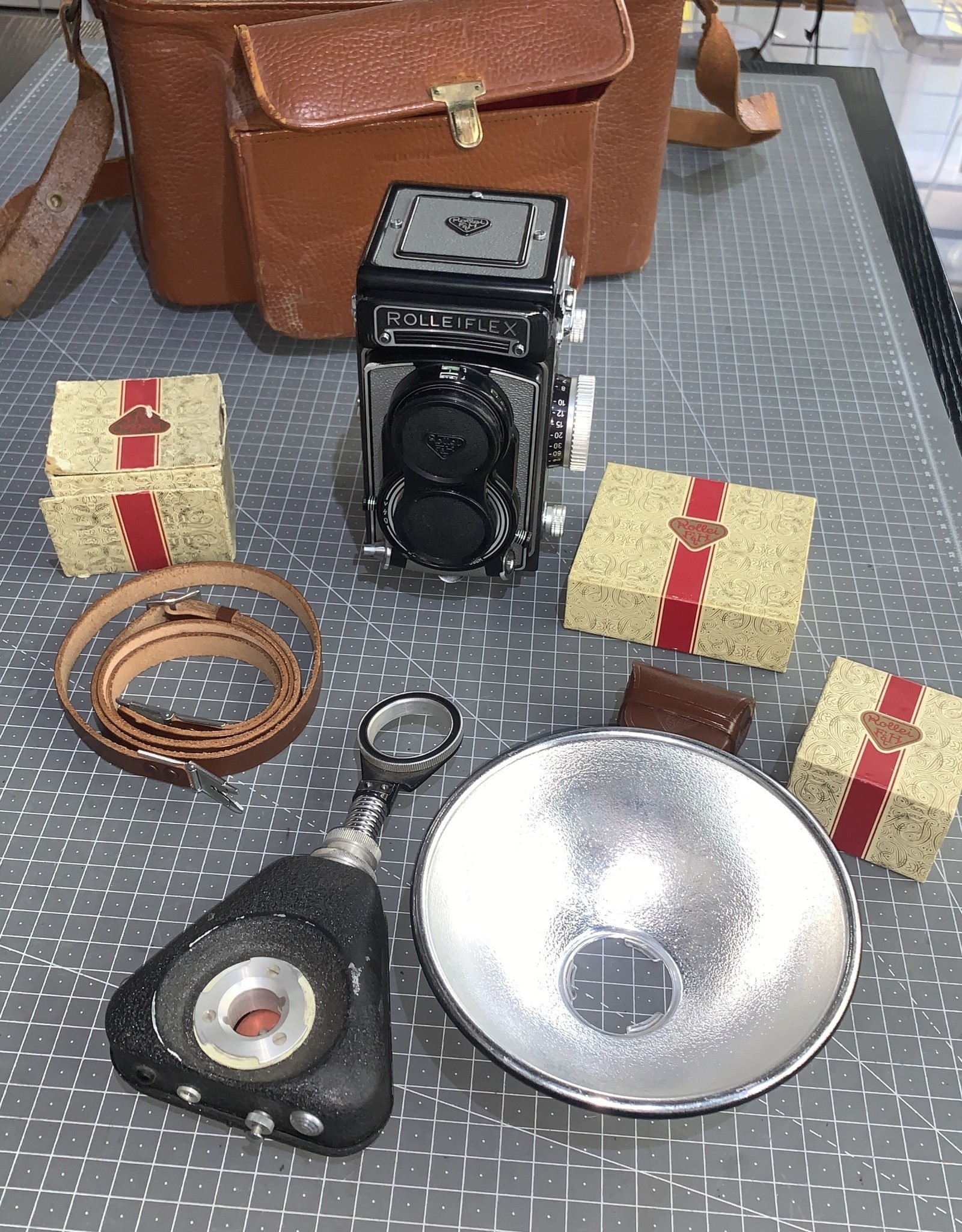 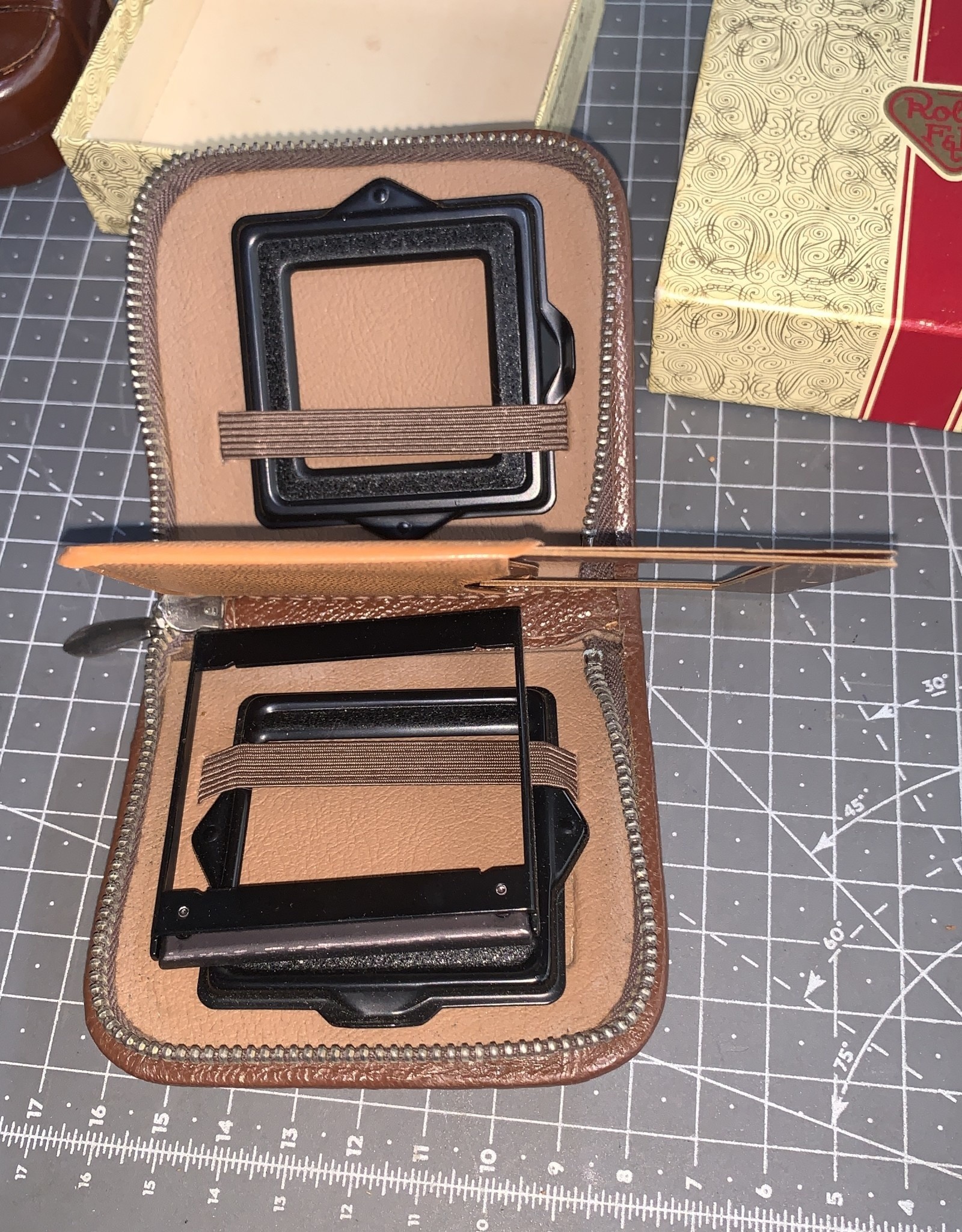 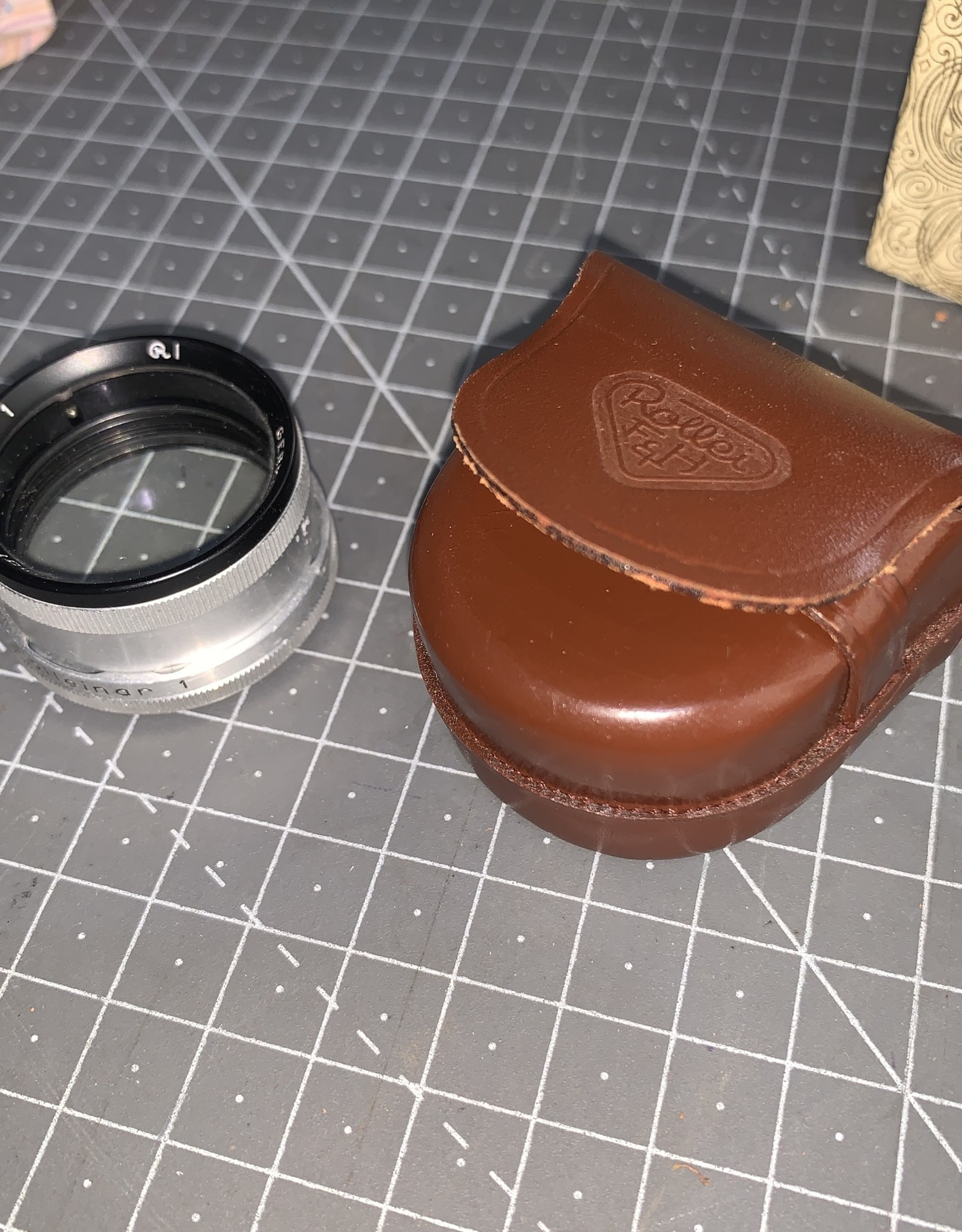 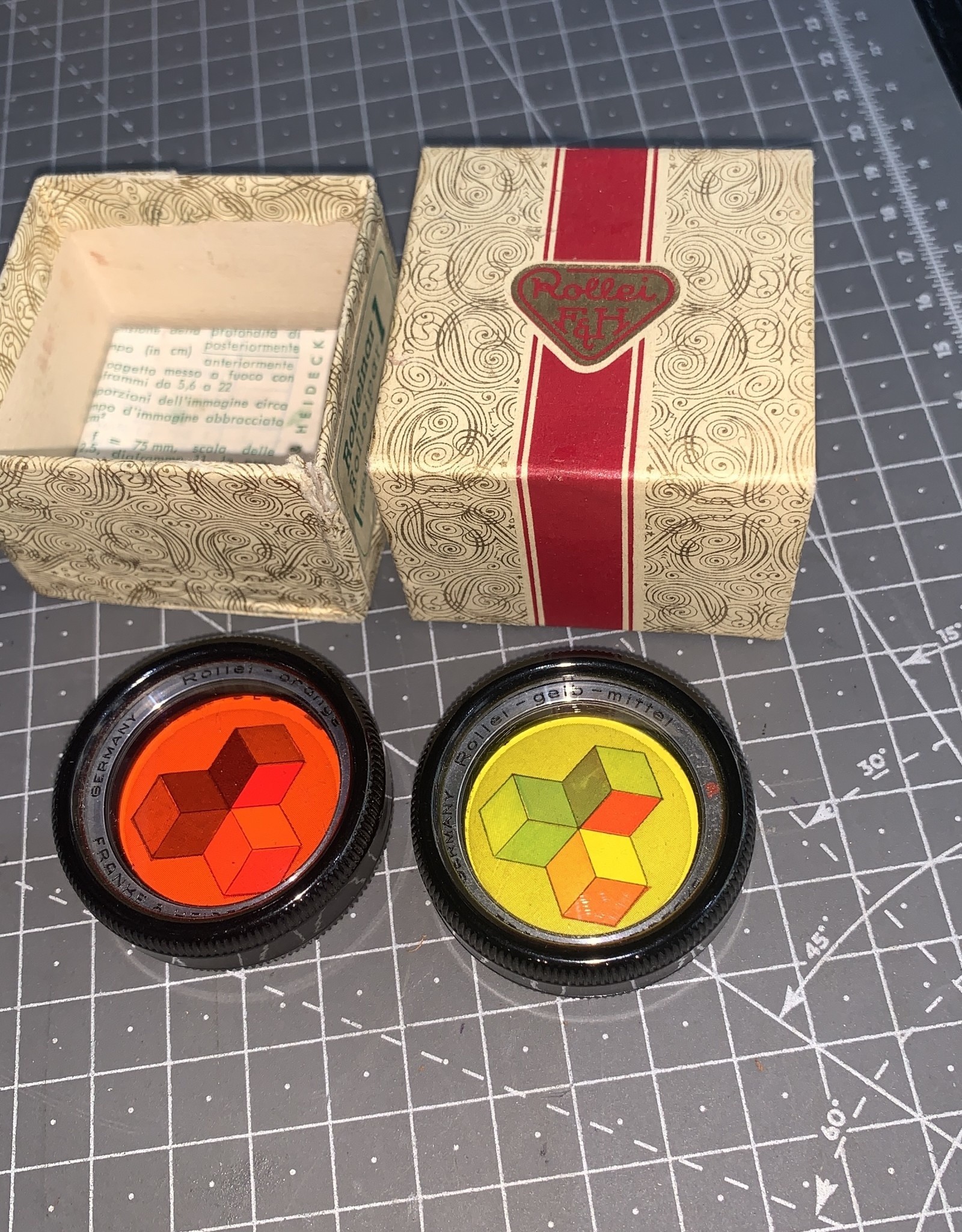 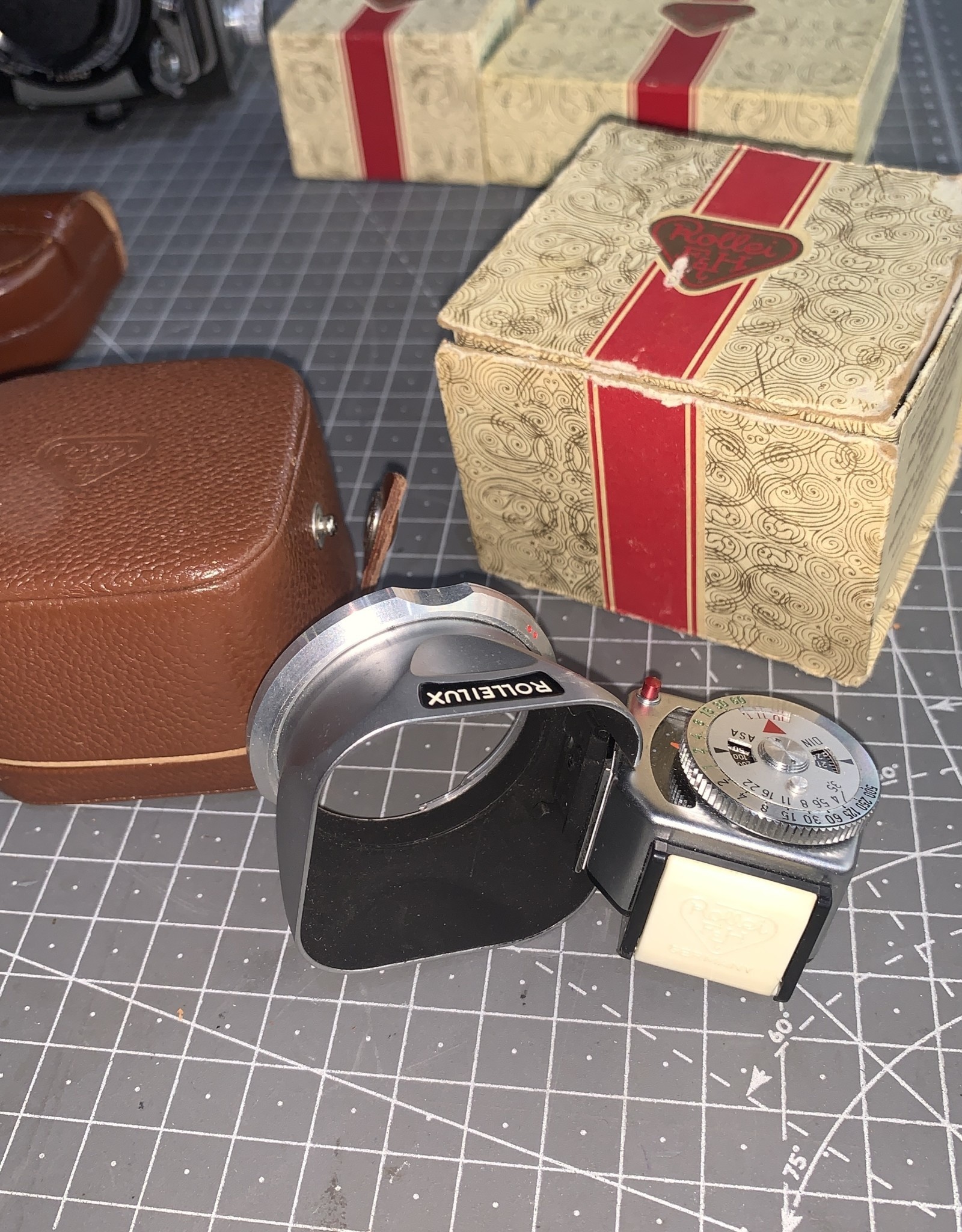 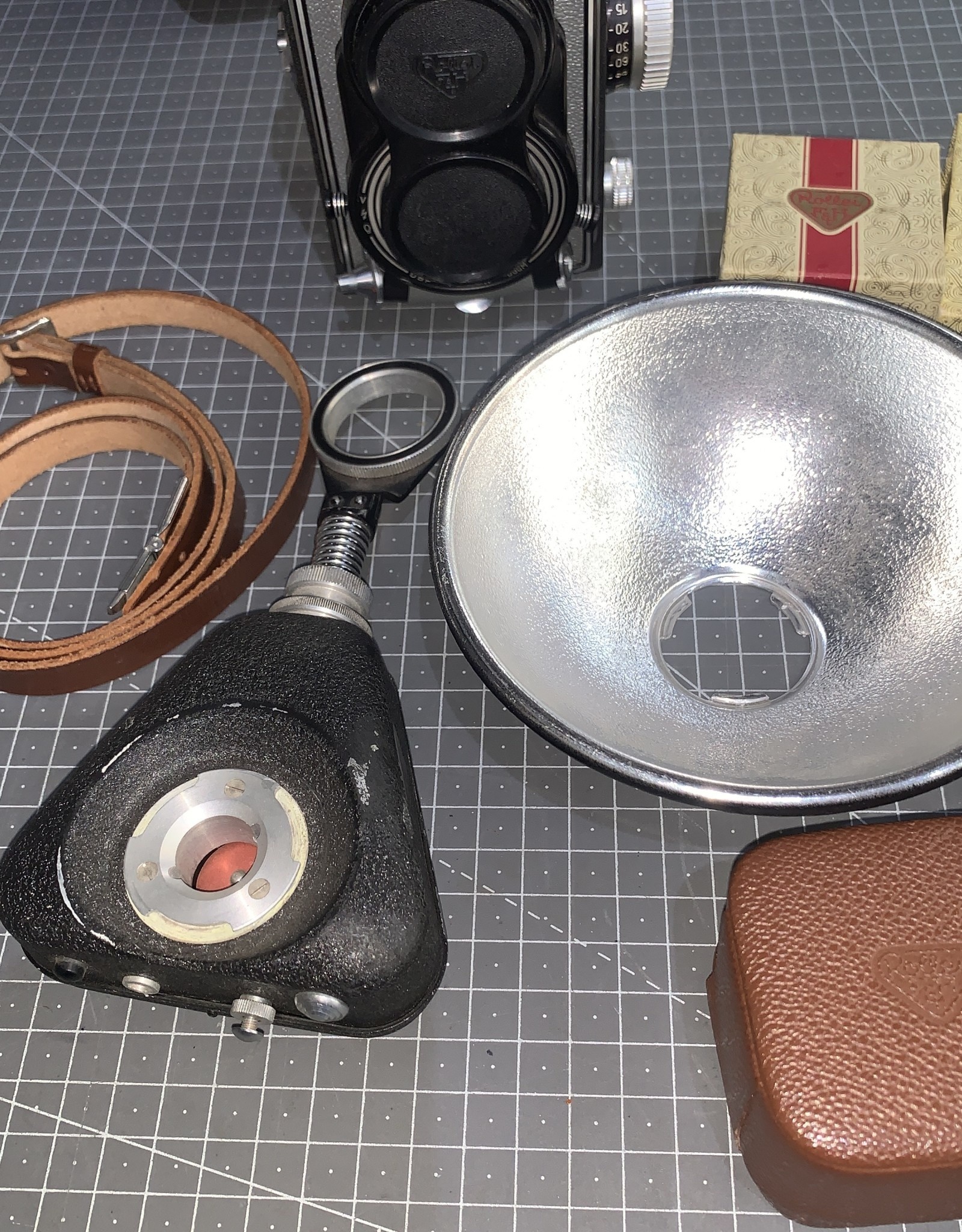 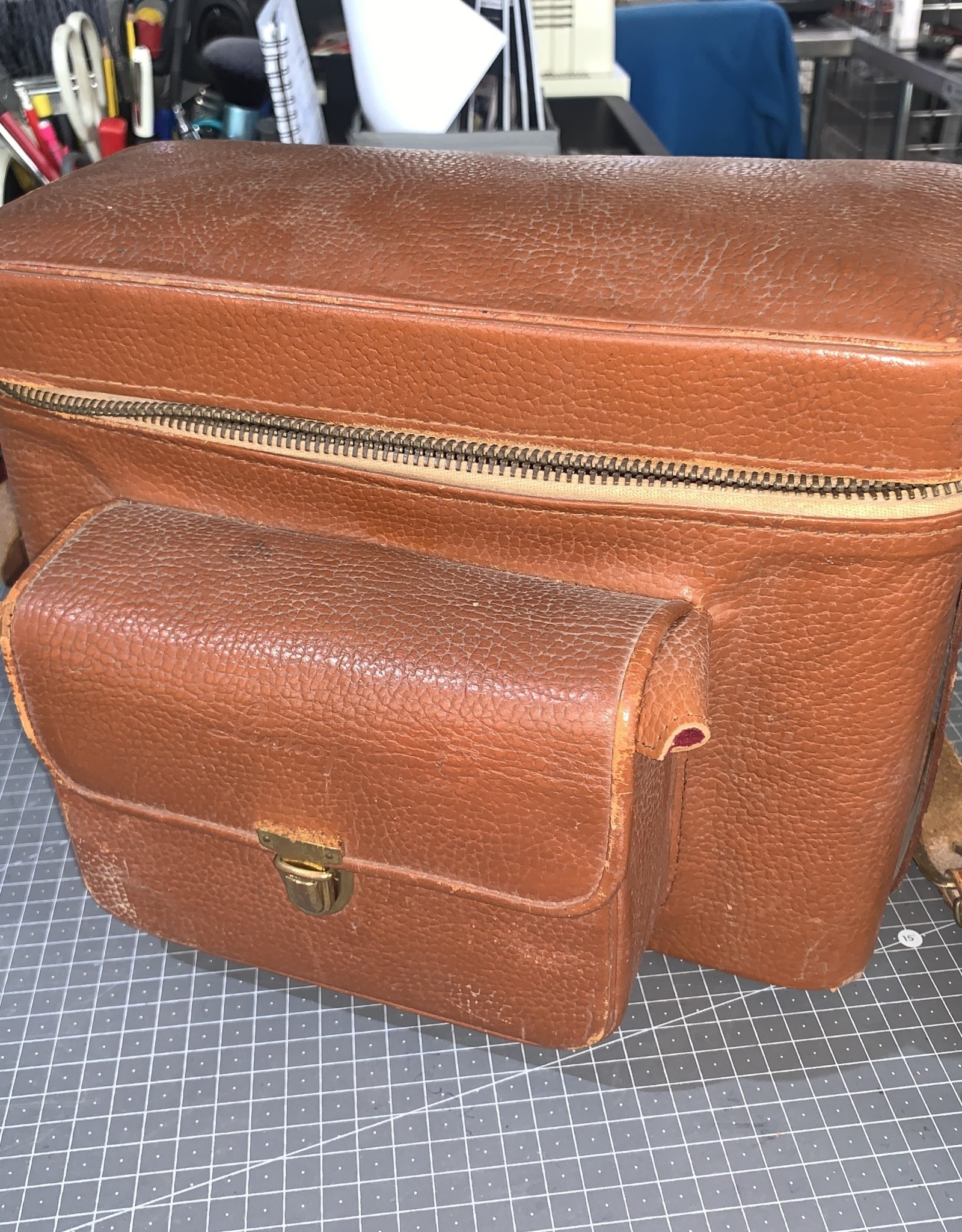 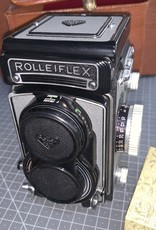 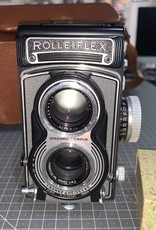 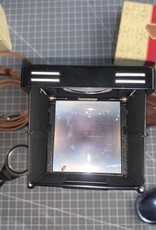 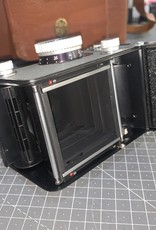 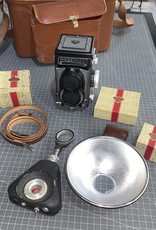 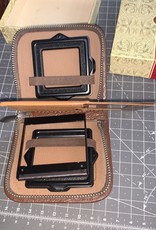 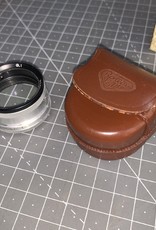 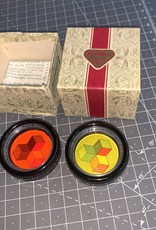 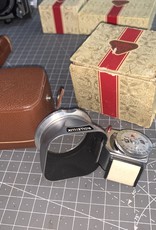 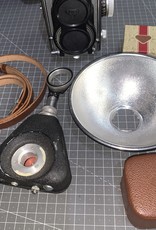 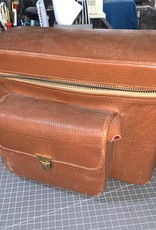 The venerable and totally classic Rolleiflex T camera is a series of medium format twin lens reflex film cameras, manufactured by Franke & Heidecke in Braunschweig, Germany, and produced between 1958-76.

Interestingly, contrary to the widely held belief, the "T" designation does NOT come from the famous Tessar lenses fitted to these cameras, but simply from the first name of its creator: Théodore Uhl.

The Rolleiflex T was originally intended to fit between Rollei's budget Rolleicord models and their high-end, professional Rolleiflex F models, but the performance and results quality was so close to the F Series that the T Series quickly became Rollei's best-selling TLR cameras.

This Model KBT1 of the Rolleiflex T 3.5 was produced between 1958-61 with either standard Black or the rarer Grey leather body covering