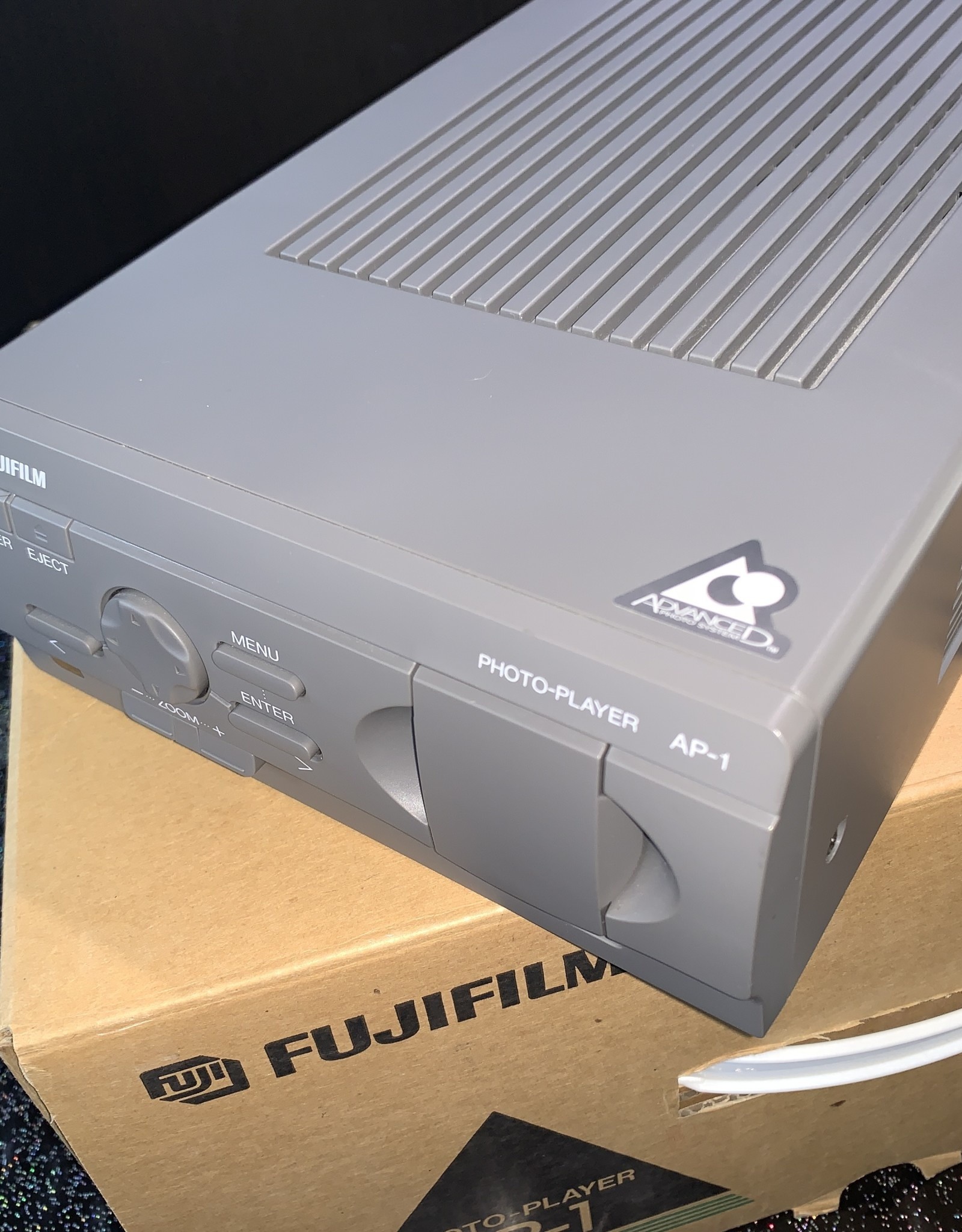 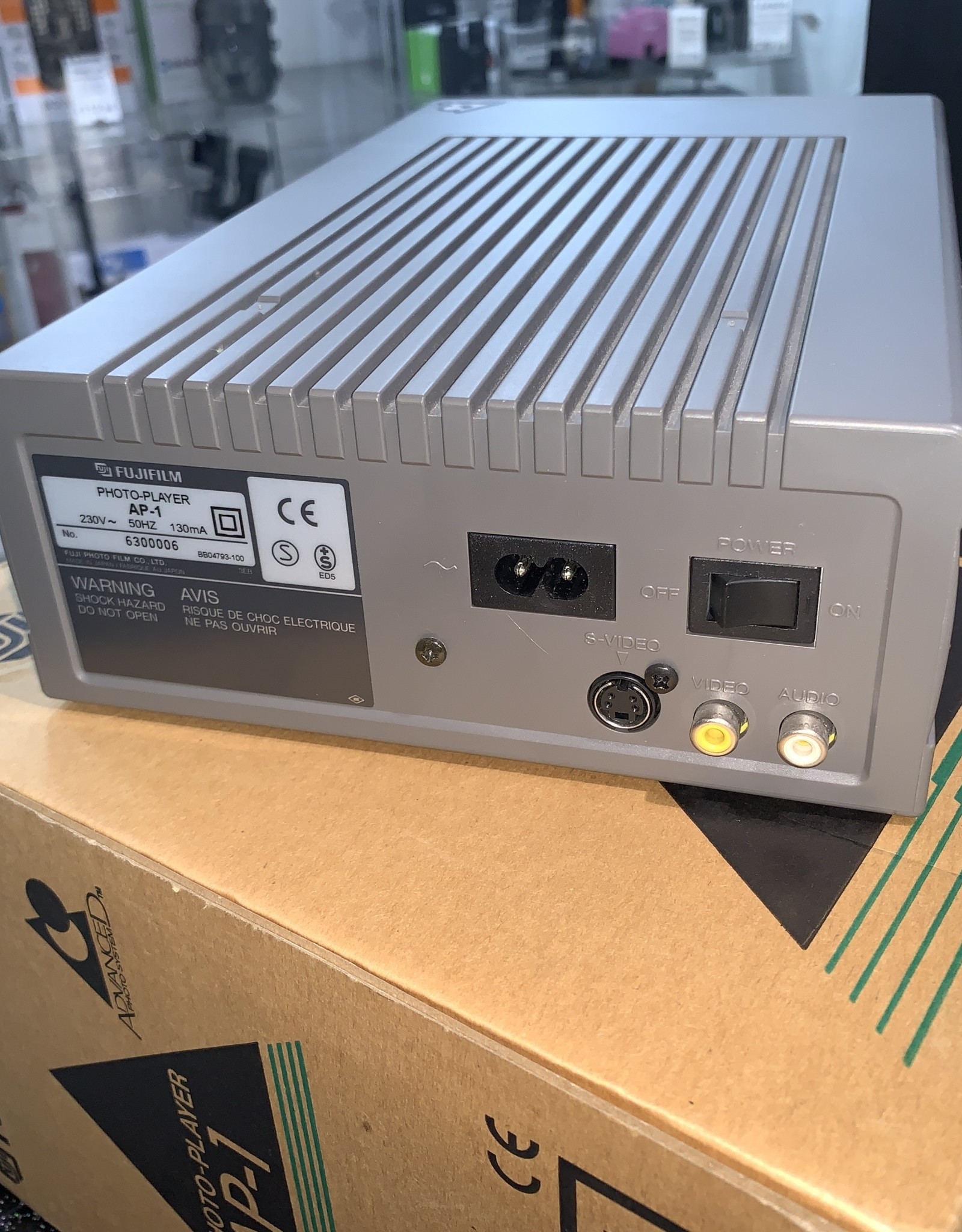 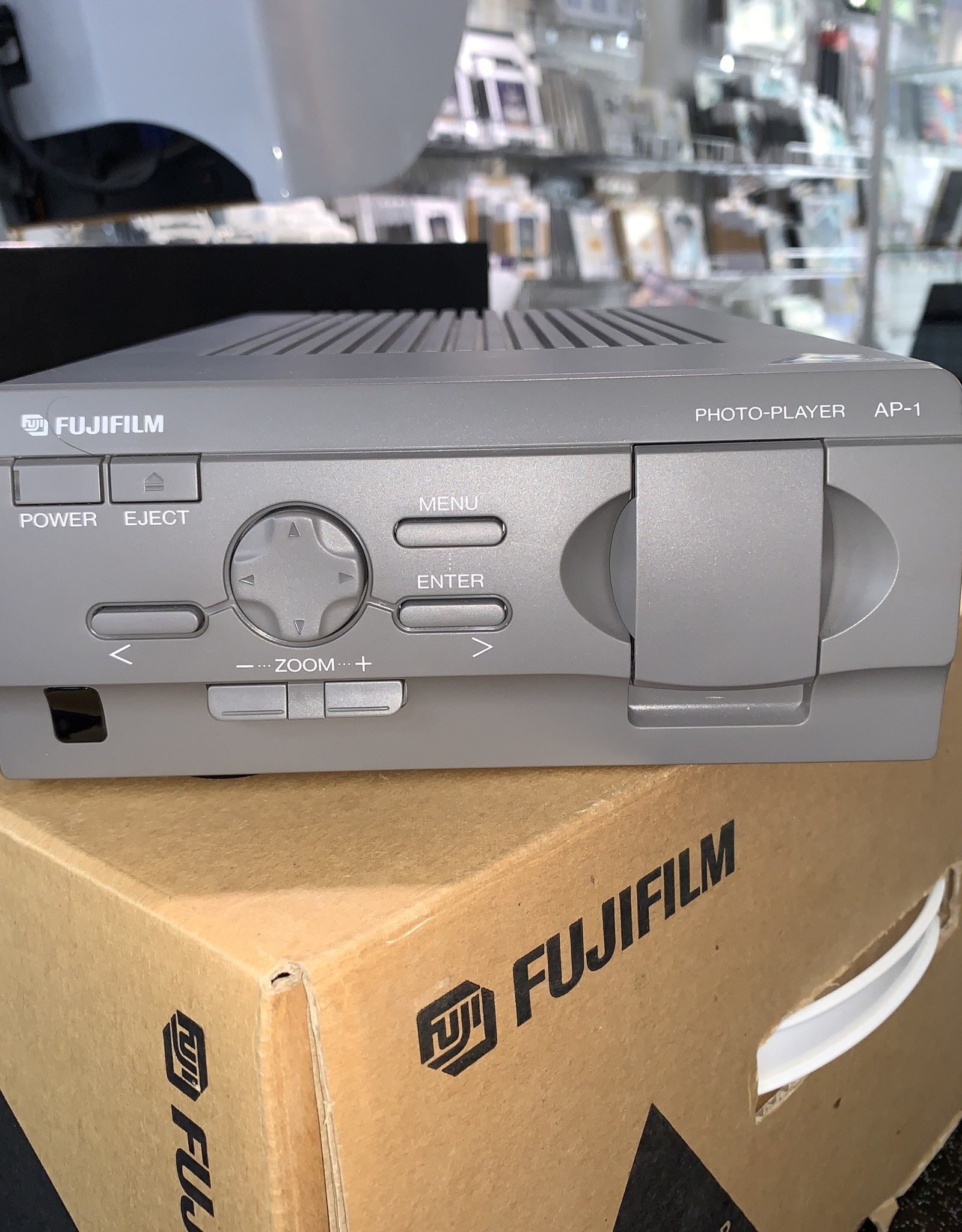 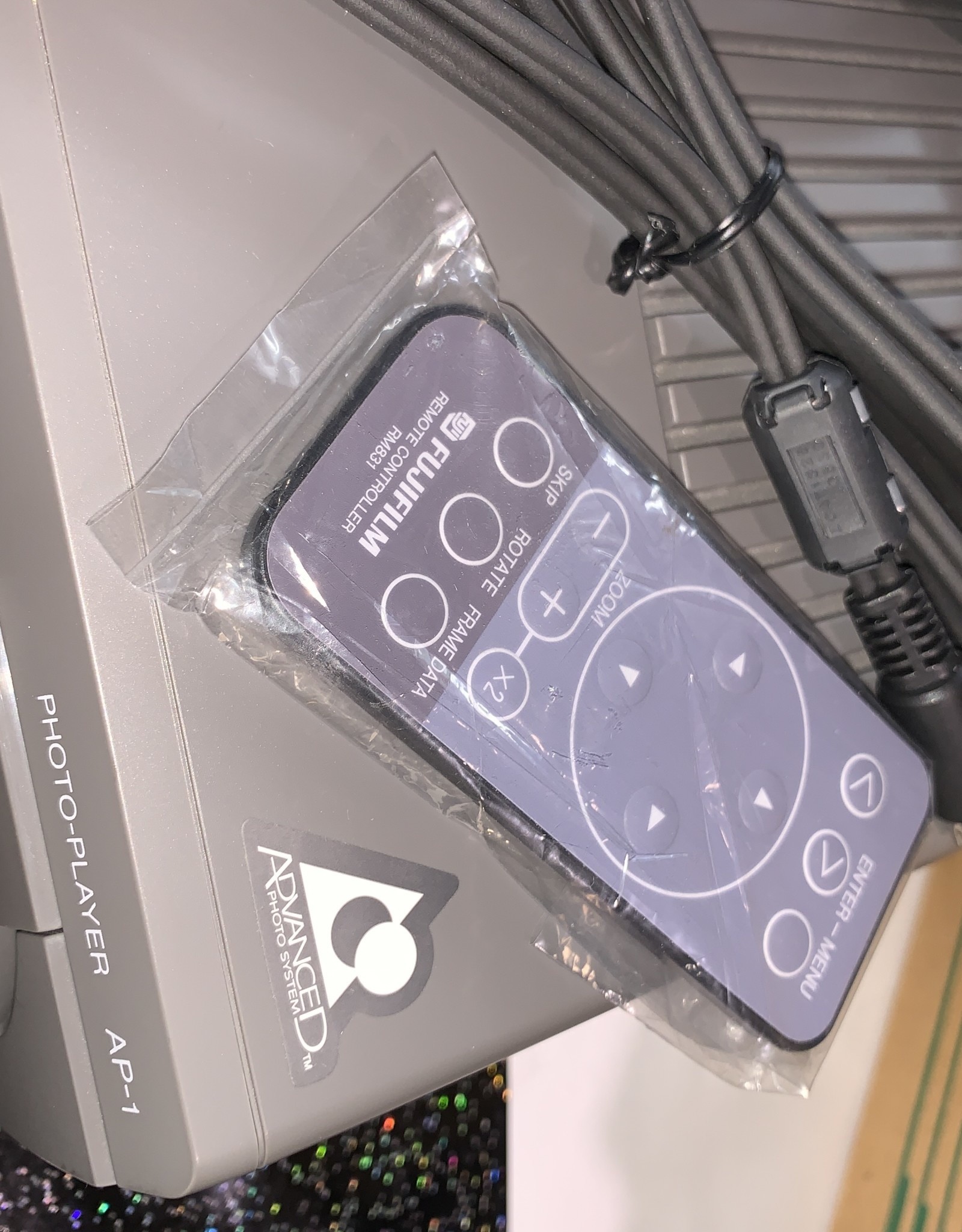 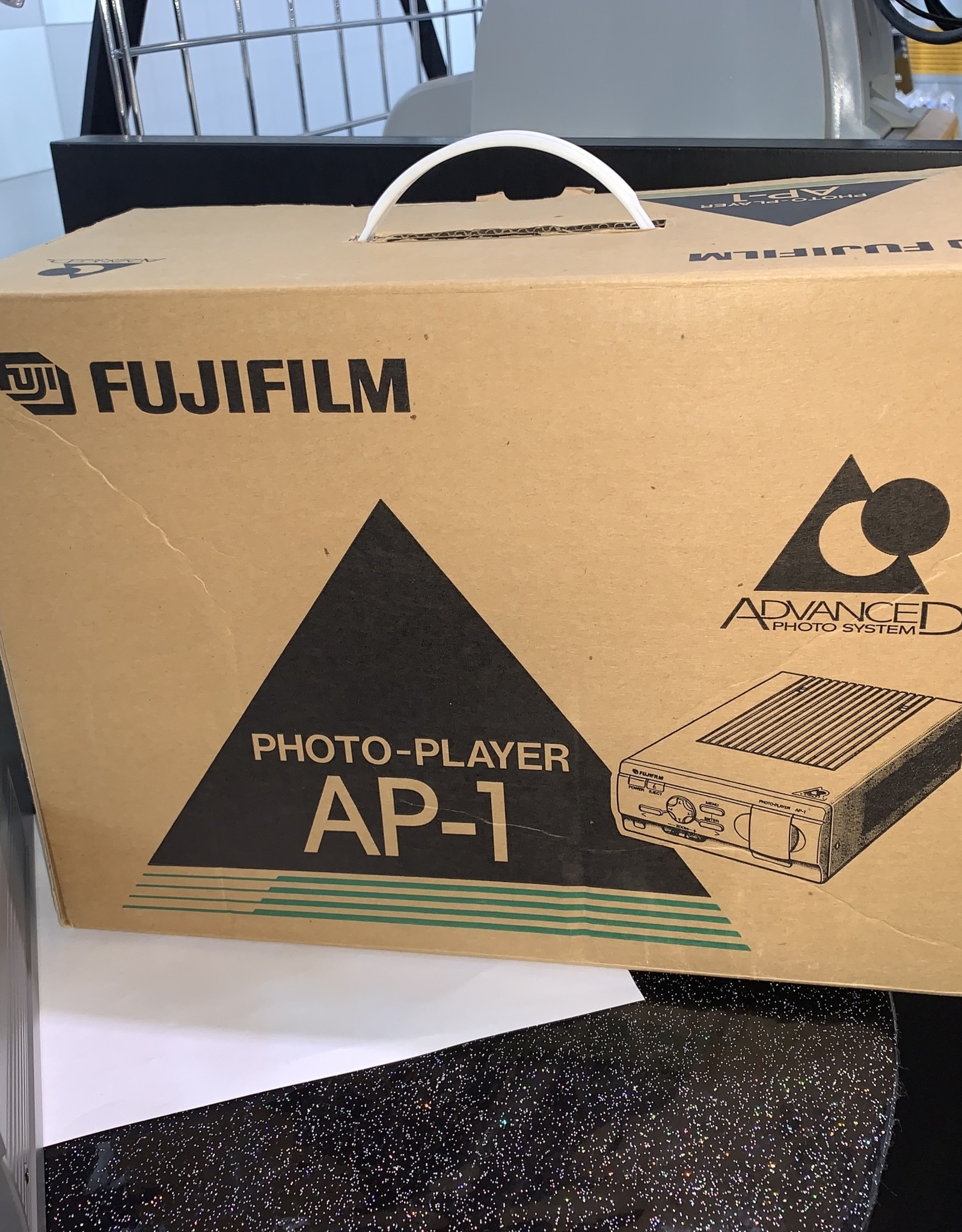 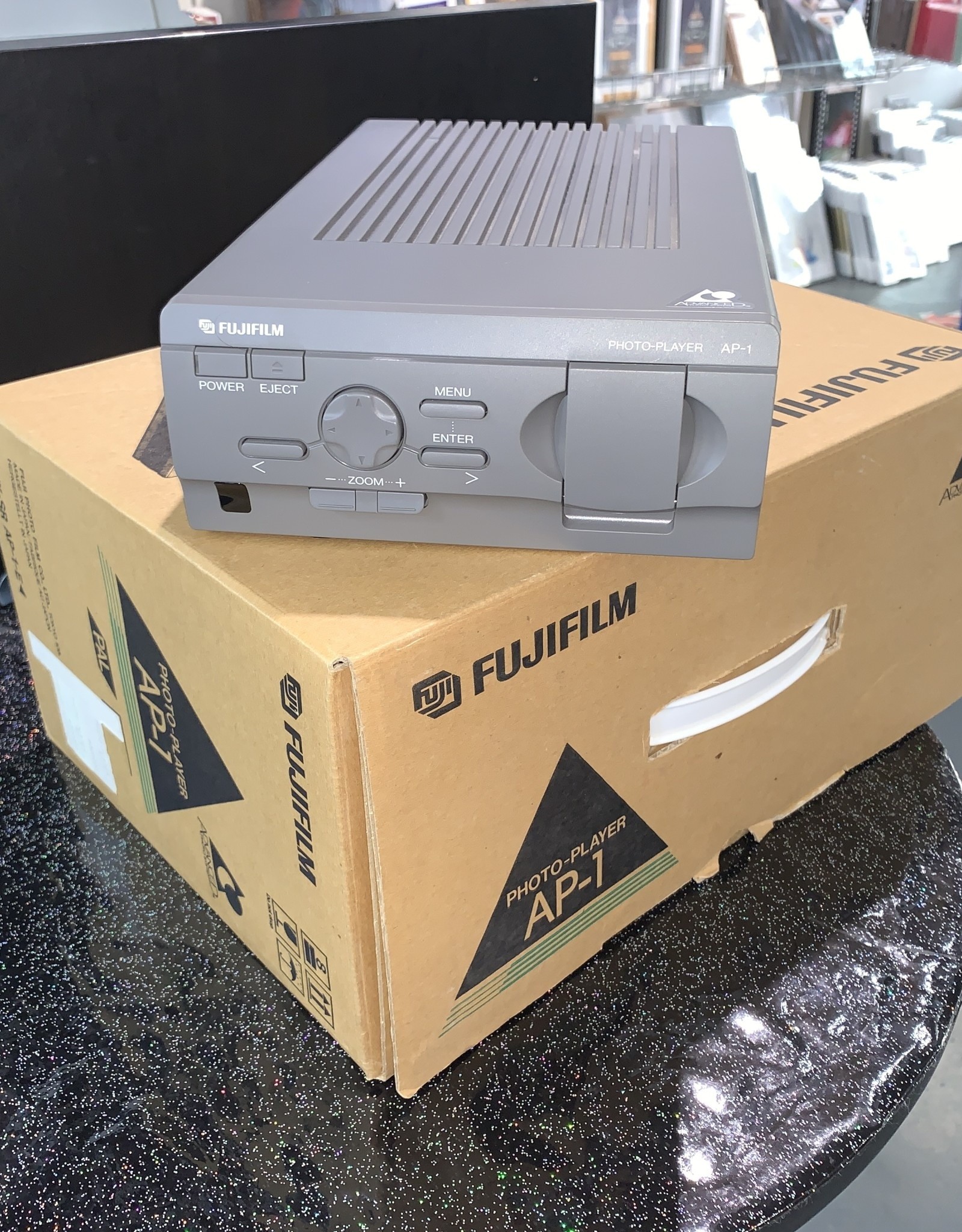 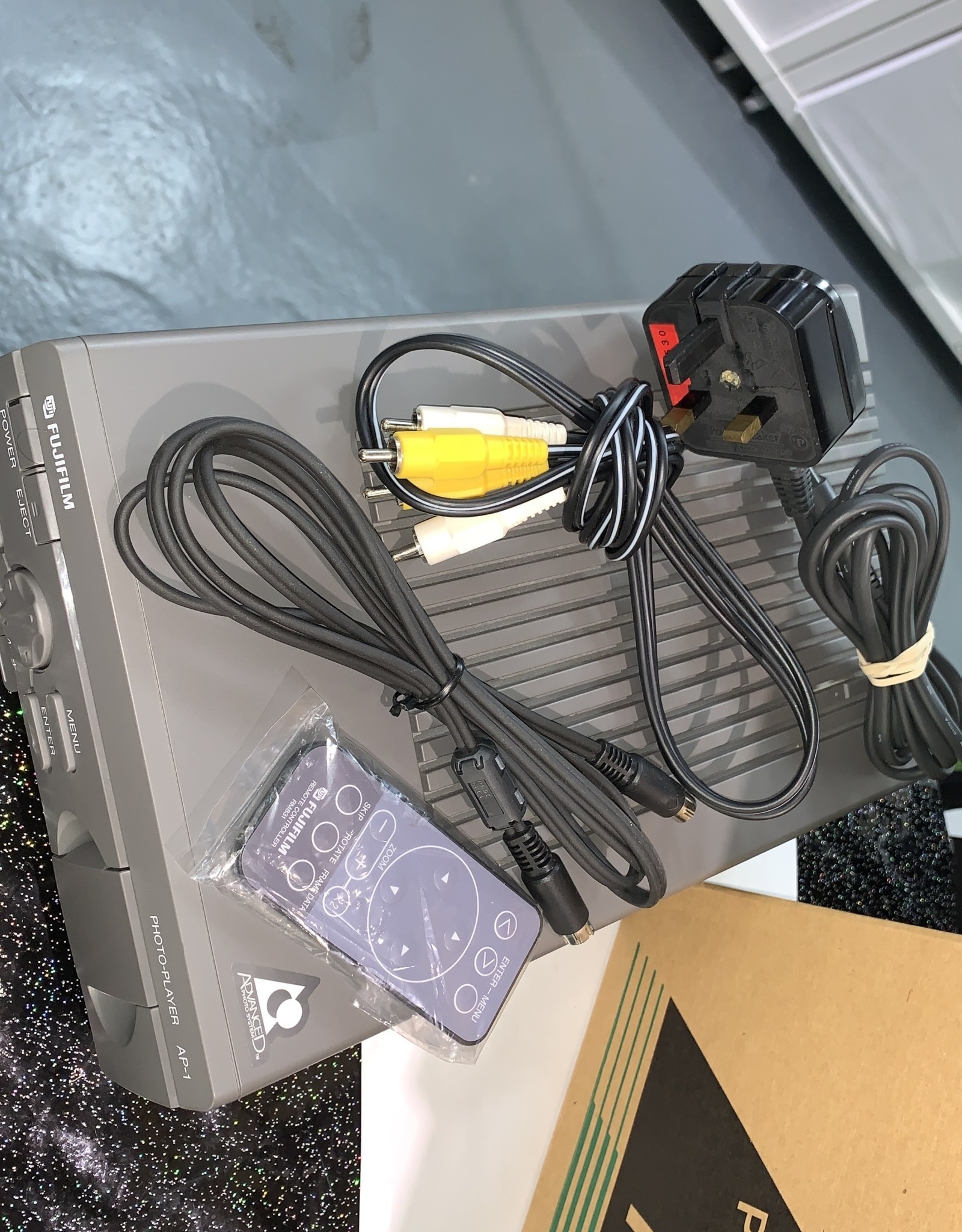 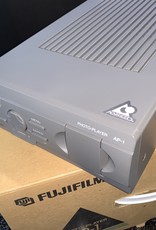 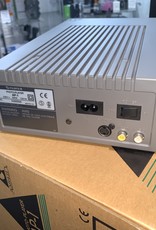 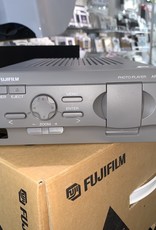 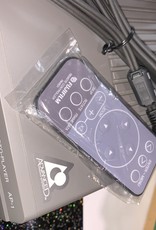 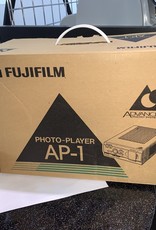 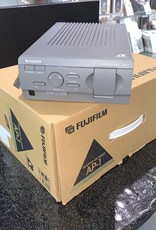 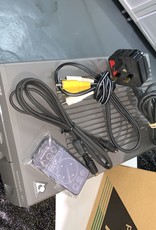 The APS film format was developed in the mid-90s as the Digital revolution was approaching. Slightly smaller than 35mm, it was a brilliant development for photography, especially more casual photographers. And you could even put your film rolls into the Fujifilm AP-1 photo player to see a digital slideshow on your TV screen, or record onto a videotape !

APS wasn’t widely adopted by serious photographers, despite their being some excellent semi-pro cameras available - it was most popular in the compact market. And this is probably why so many photographers still bang on about the “benefits of full frame” over APS-C format sensors today, despite current technology making the differences largely meaningless.

But it did spawn quite a range of unusual add-on tech gadgets, like this Fujifilm AP-1 - essentially a film scanner that displays the images on your TV. You insert your APS cartridge, and one by one it scans the images in, bring them up on the screen, and throw some random transition in between each of your photos.

This is a FujiFilm AP-1 Film Scanner for APS films for viewing APS format films on a TV or data projector, boxed complete and in perfect order